This past Friday, a 60-year-old Navy vet was awarded $21 million in damages for medical malpractice against a Veterans Administration Medical Center in Manchester. Simply put, the maltreatment in the form of improper medication left the man a prisoner in his own body. He now lives with “locked-in syndrome,” which means that although he is fully conscious, he has no voluntary muscle movement other than the very limited ability to move his eyes and his head. 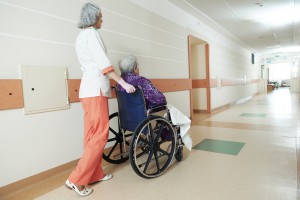 Even after two strokes several months ago, a U.S. District Court Judge says his condition could have been avoided if doctors at the Manchester VA had properly treated him. They did not properly medicate him and instead left him to deteriorate, leading to his horrible condition. The man sought treatment at the Manchester VA prior to his diagnosis, after experiencing a loss of peripheral vision and a severe headache. After a series of tests, doctors determined that he had suffered a stroke.

A third party professional said that “doctors who are treating stroke patients must be cognizant of this risk, and they must take steps to prevent a second stroke from occurring. Unfortunately, [the patient]’s doctors at the Manchester VA did not adhere to this standard of care,” she explained. “They failed to provide him with an adequate diagnostic evaluation, and as a result, they carelessly prescribed him the wrong medication.”Doctors sent the man home after the first stroke with instructions to take two baby aspirins daily. Tragically, he was found unresponsive in his home only six weeks later. He was taken to the Hospital where doctors first thought he was in a coma and would not recover. Shortly after though, he was diagnosed as having suffered a massive stroke in the same region of the brain where the first stroke had occurred.
The judge cited medical studies and expert witnesses in stating that the blood thinner Coumadin should have been prescribed after the first stroke. She sadly explained, “[He] lay trapped inside his paralyzed body, lucid and mentally alive, but he could not communicate that to his caregivers and family, who were in his hospital room discussing end-of-life scenarios,” she wrote. Can you imagine?
“[The patient]’s adult children did not believe he was in a coma; they thought that he was moving his eyes in an effort to communicate with them. The caregivers assured them that they were wrong and that his eye movement was merely a symptom of his comatose state.” Finally, a nurse noticed that his eyes were following her as she walked in and out of his hospital room, and the diagnosis of locked-in syndrome was determined.
The judge’s award is broken into three parts: $1.3 million for past and current medical costs, including conversion of a home to accommodate his needs; $12 million for future medical care; and $8.1 million to him for non-economic damages.
If you or a loved one is suffering due to medical malpractice, contact the lawyers at Baizer Kolar and Lewis now to get what you deserve. No one deserves to suffer.

How Long Do I Have to File a Birth Injury Claim in Illinois?

What Kinds of Damages Can I Recover Through my Medical Malpractice Claim?

September 1, 2016Bob Baizer
Baizer Kolar Neiman P.C. accepts qualified cases for personal injuries on a contingency fee basis. Our clients don't pay any attorneys' fees unless we win their case. Contact us today for a free consultation about your rights.